Let there be light! Today we are building the electronics for our LED candle.

Finishing up the LED Candle

In the last part of this project, we made a candle stand and a candle wrap. In this second part, we are going to build the electronics. It's time for our LED Candle to light up. For this we are going to use a tiny microcontroller: the ATtiny85. 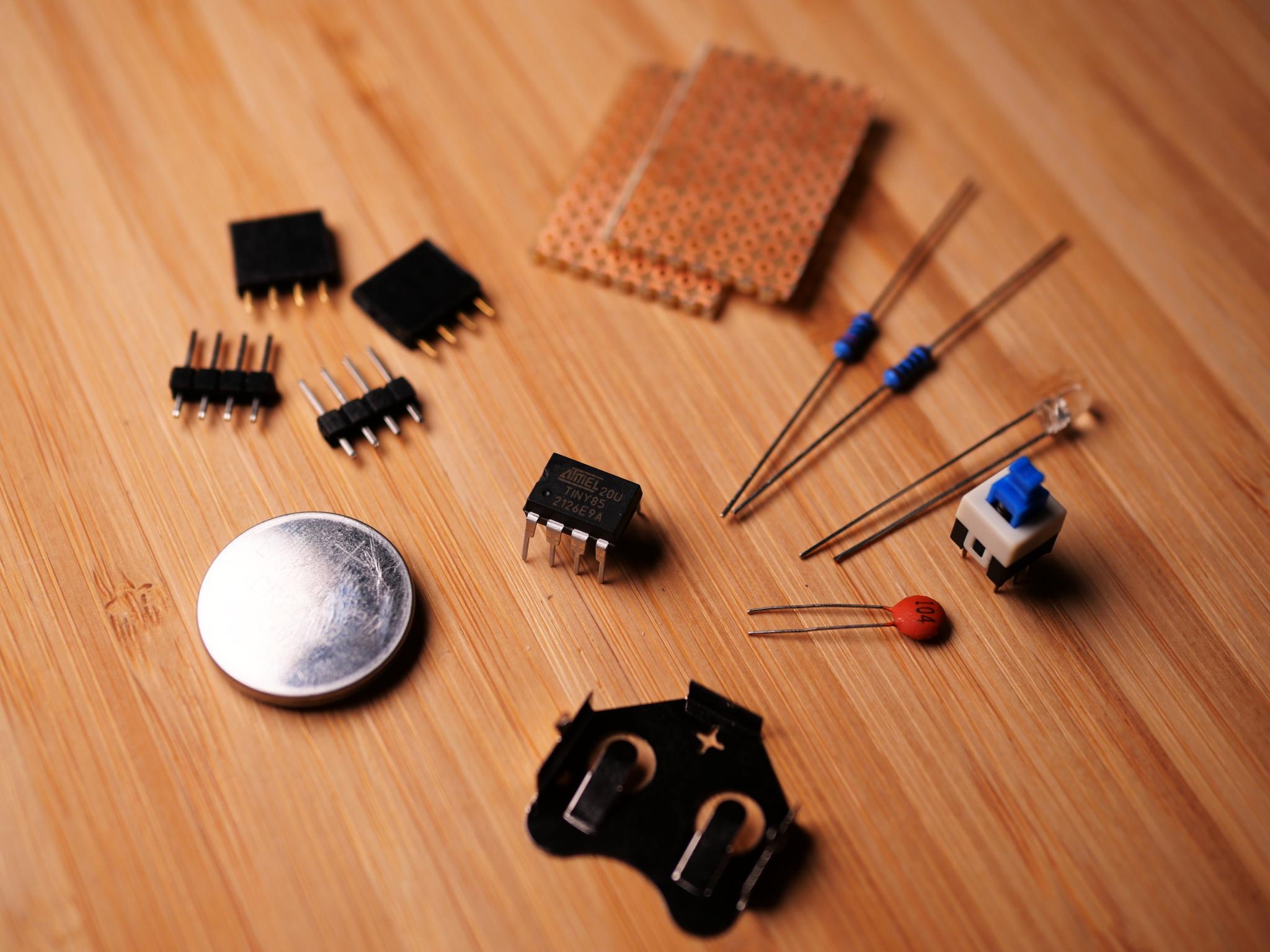 For today's build you need:

Additionally, the following tools will be required:

We start with the LED circuit. The circuit itself is pretty simple. An LED is connected to the ATtiny85 via a 68 Ω resistor. A switch is used to turn the supply voltage on and off. Additionally, a 100 nF capacitor is added to the supply rails and a 10 kΩ pull up resistor is connected to the reset pin and prevent unintentional resets. These last two components are good practice but not strictly necessary for the circuit to work.

Let's go through the build process step by step: 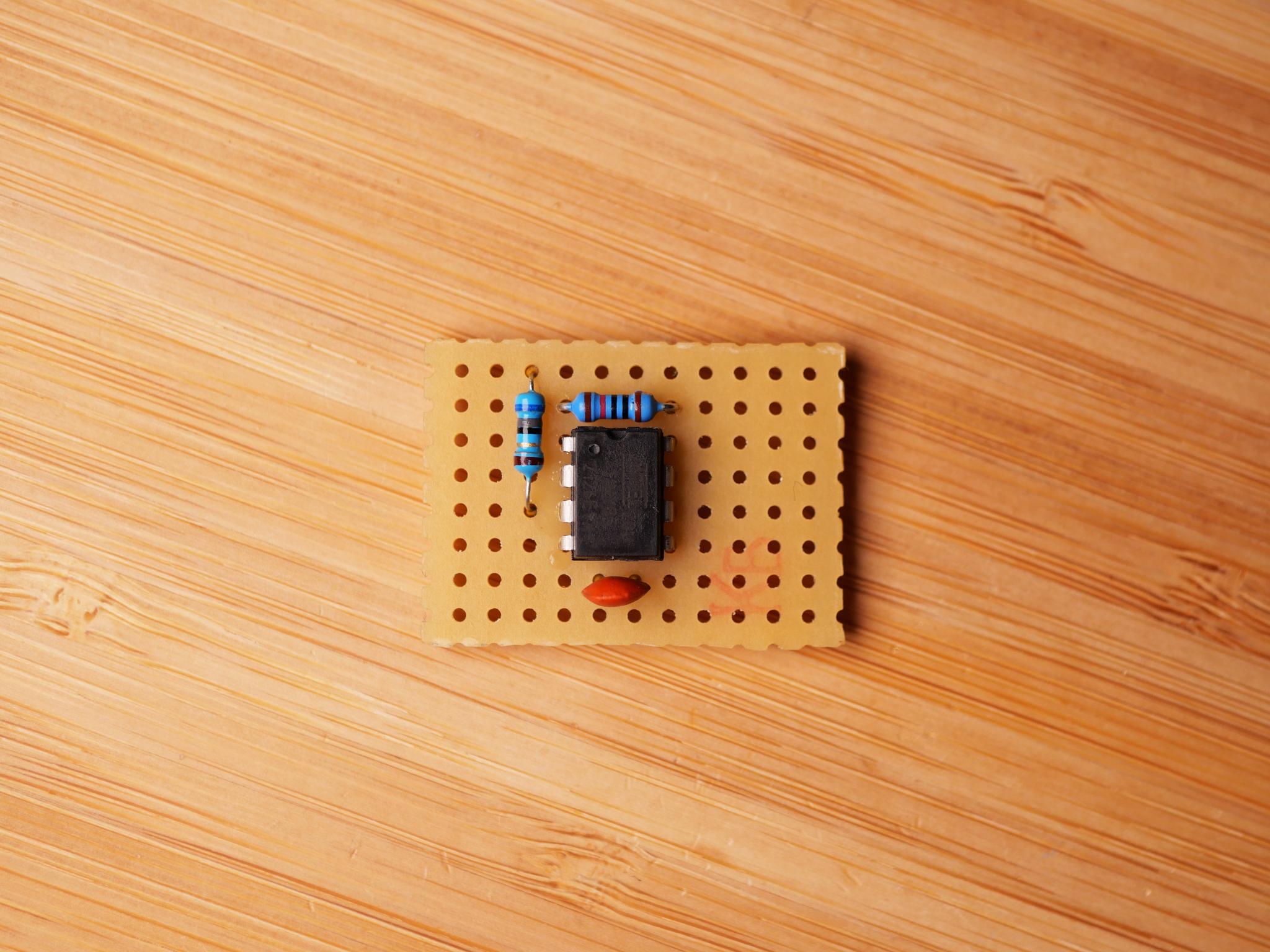 Start by soldering in the individual components as shown in the breadboard view. Start with the flattest component first and then work your way up. Make sure that the components have the correct orientation. Pin 1 of the ATtiny85, which is marked by a small dot, needs to be in the upper-left position. The cathode (–) of the LED, which is marked with a flat spot in the casing, needs to be on the right side.

Once you soldered in all components, it's time to make the connections between the individual components. For that you can use thin wires, make solid solder traces or use the cut-offs from the components. You can see all necessary connections in the breadboard view, the schematic and in the image above. Note, that the board has been flipped horizontally. 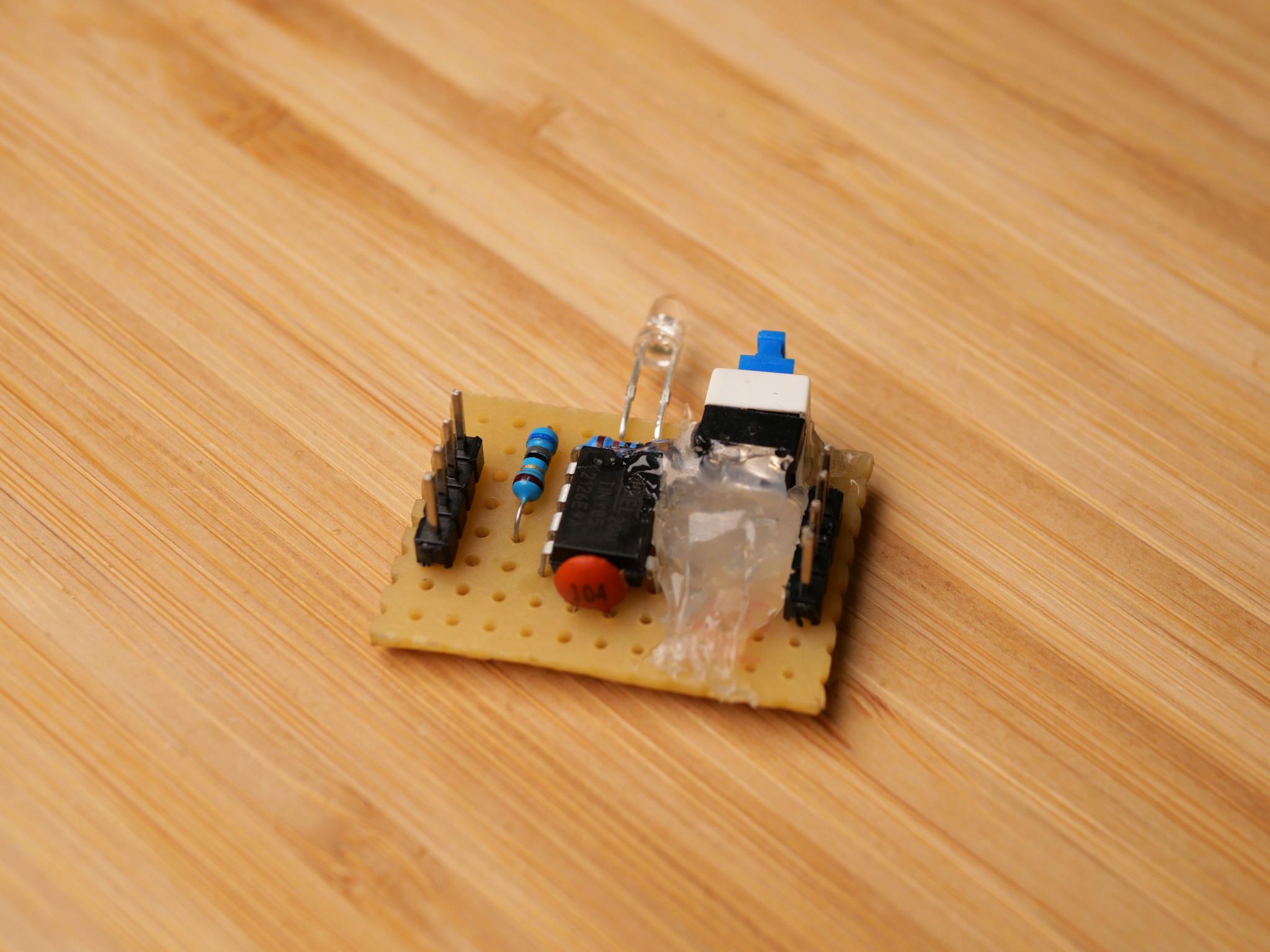 Depending on the used switch, it can be required to fixate it and prevent it from ripping off when pressing it. For this you can use hot glue to fill out the space behind the switch. This will give it some extra mechanical stability. Be careful to not heat up the switch too much or its plastic case might start to deform. Make sure that the glue does not get into the switch.

Let's continue by building the battery holder. The image below shows the breadboard view and schematic for it: 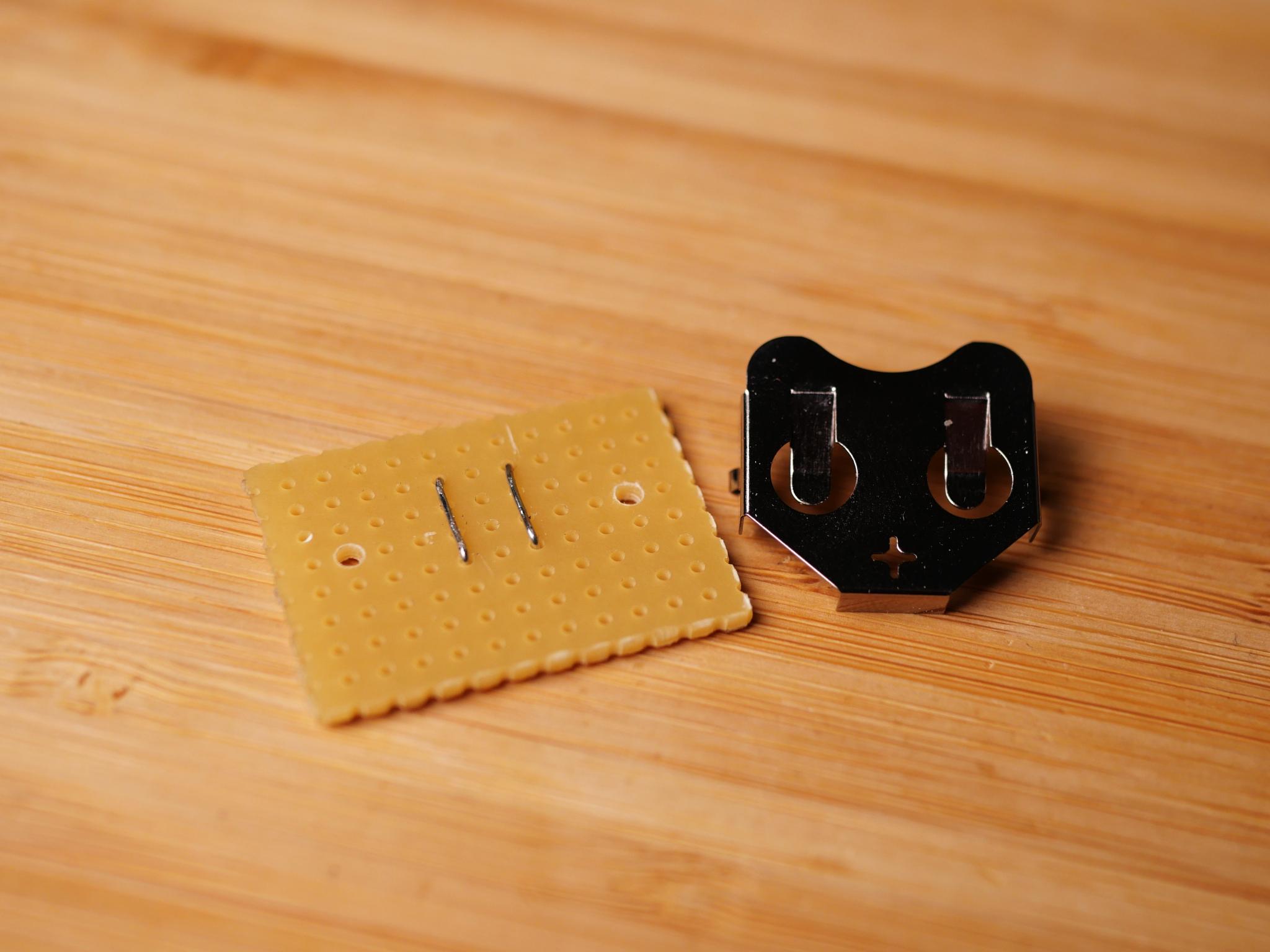 Now that we have built both modules, let's try connecting them together. The image below shows the final construction. Note, that the LED won't turn on until we program the ATtiny85. 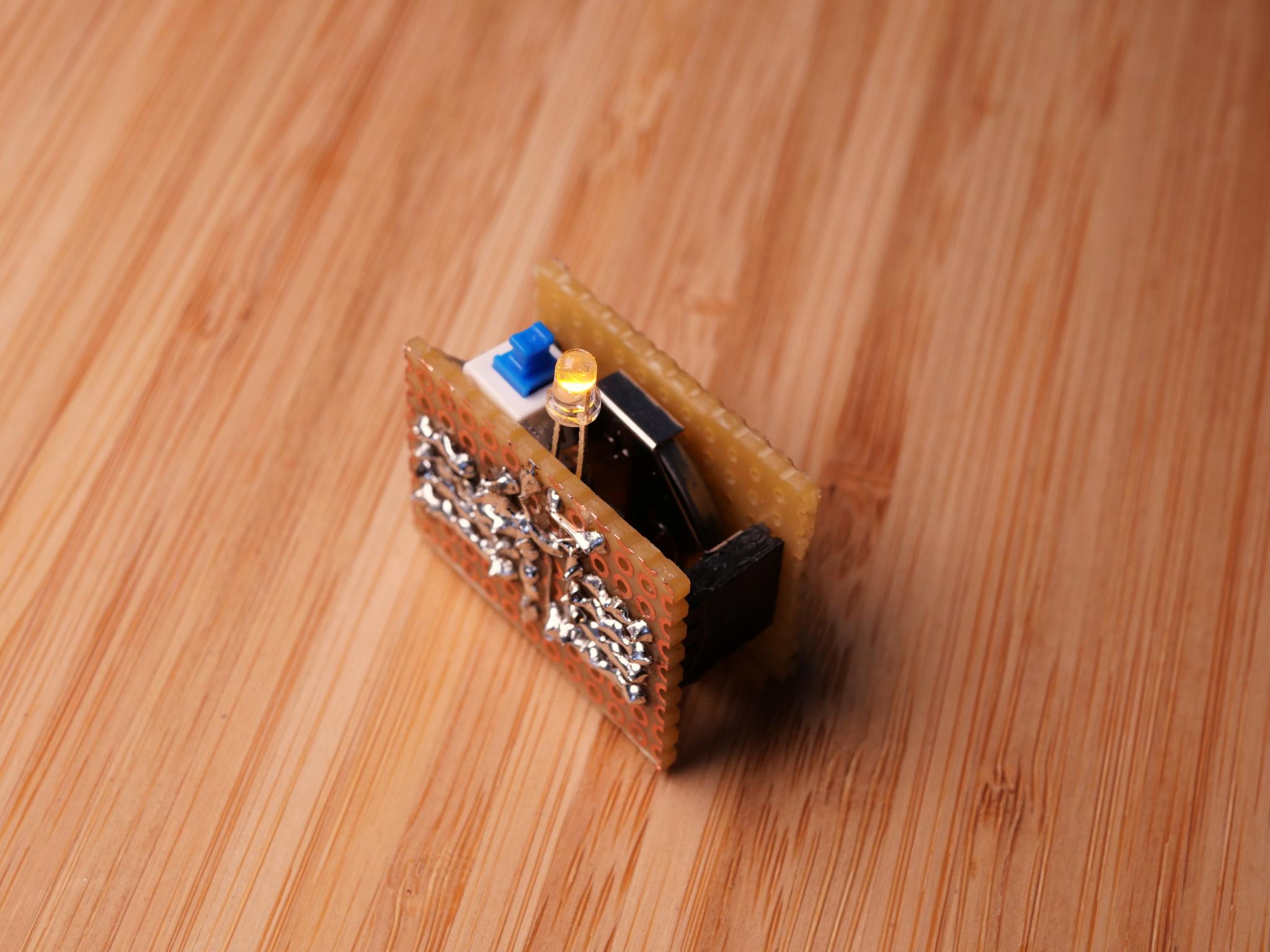 It is important to not put the modules together in the wrong way around. The battery clip opening should point down, the LED should point up. To ensure this, you can cut off an unnecessary pin, e.g. the third from above on the left side. Then block the corresponding pin on the battery module as shown in the image below. This makes it impossible to plug both modules into each other in the wrong way.

To light up the LED, we need to program the ATTiny85. For this, I prepared a small program, that controls the LED using PWM. The program changes the brightness randomly. For that it calculates a random value, that is added to the current brightness, to define the new target value. It then enters a loop, which slowly adjusts the brightness to the target value. This produces a nice and slow sparkling effect which can be adjusted by changing the constants for speed, variance, and brightness.

Here is the code for this program:

There is just a tiny problem: how can we upload this program to the ATtiny85 microcontroller? Well, since the ATtiny85 has no support for USB it is not possible to connect it directly to a computer. We need to program it with a dedicated programmer. Luckily, we can use the Arduino Uno as such a programmer. This process is explained below.

First, we need to add support for the ATtiny85 hardware to the Arduino IDE. This allows us to compile a program for it. For this purpose, we use the ATTinyCore library provided by SpenceKonde. To install it, follow the installation guide linked down below.

It's done! You now have your own custom-made LED candle. The LED should now light up, and you should see a result similar to the one in the video below. Note, that the sparkling effect is barely visible due to its slow speed. However, if you scroll through the video it becomes much more noticeable.

Note, that I also added a small hat out of white transparent paper on top of the LED. This causes the light to be more diffused and light out the candle wrap more evenly. 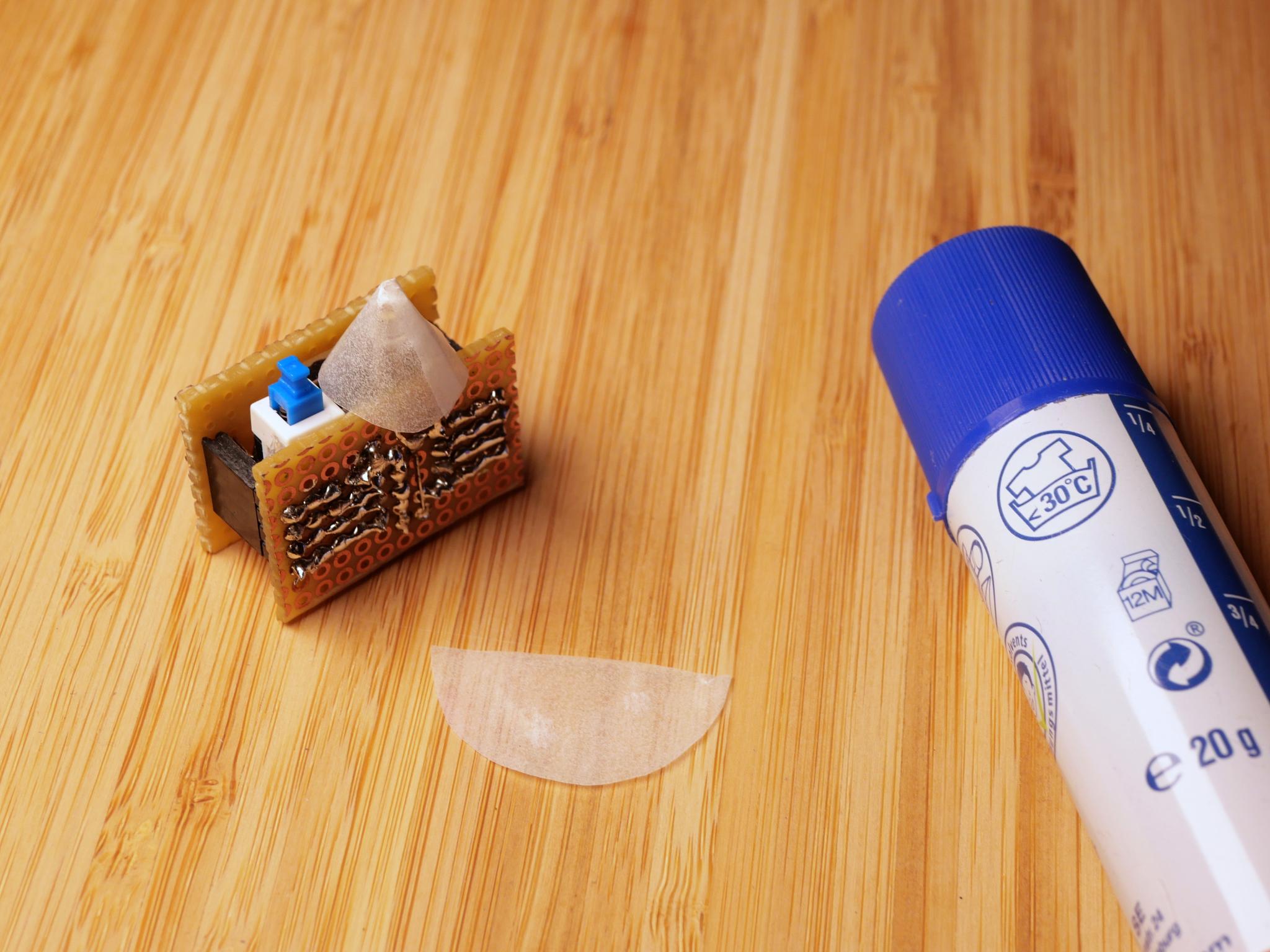 I wish you a merry Christmas and a happy new year. Be blessed!