NTCs are often used as temperature sensors. To use them, we need to know how to calculate a temperature value out of the measured resistance.

In the last tutorial we looked at different thermistor types and their applications. In this tutorial we will take a look at how we can acquire a temperature value using a NTC thermistor. The first step is to measure the resistance of the thermistor. This can be done using a simple voltage divider circuit as the one shown below. The voltage can then be measured with the ADC of a microcontroller and converted into the resistance value as it is shown in the tutorial on resistance measurement with voltage dividers. For test purposes you can also use a DMM to measure the resistance.

Once we measured the resistance of the NTC, we can continue with calculating the temperature value. While we could use a conversion table like it is typically given in the datasheet of the NTC thermistor, it would be a lot better to have a conversion formula, which we could use to calculate the temperature in software. The most popular model to describe the resistance temperature (R/T) curve of NTCs is the Steinhart-Hart equation. For lower precision NTCs oftentimes a related but less precise model that only uses a two-point calibration is used: the beta parameter equation. Let's have a look at how we can use them to calculate the temperature out of our measured resistance value.

With that said, let's look into the actual temperature calculation.

The Steinhart-Hart Equation was originally developed for temperature measurement in oceanography and was first published in 1968. The model provides a good approximation for the real NTC thermistor behavior in their typically working temperature range. Here it is:
\(T = {1 \over {a + b \ln R + c \ln ^ 3 R}}\)

The three coefficients \(a\), \(b\) and \(c\) are usually given in the datasheet. They can be calculated from three known resistance temperature pairs which are measured during calibration. I will not cover this here. If the coefficients are not given, you can typically at least find the beta value \(B\), which can be used with the beta equation.

If you have found the three coefficient for your NTC thermistor, you can use the equation to calculate the temperature for the measured resistance \(R\). The only thing left to do is to convert the temperature value from kelvin to degree Celsius.

The graph below shows an R/T curve as it can be calculated using the beta equation.

A common problem with many Arduino kits or sensor packs, is that there are no datasheets. If you have a NTC thermistors without a proper datasheet you are forced to calibrate it yourself. This is why I wan to explain how a simple two-point calibration to calculate the beta value of our NTC can look like. 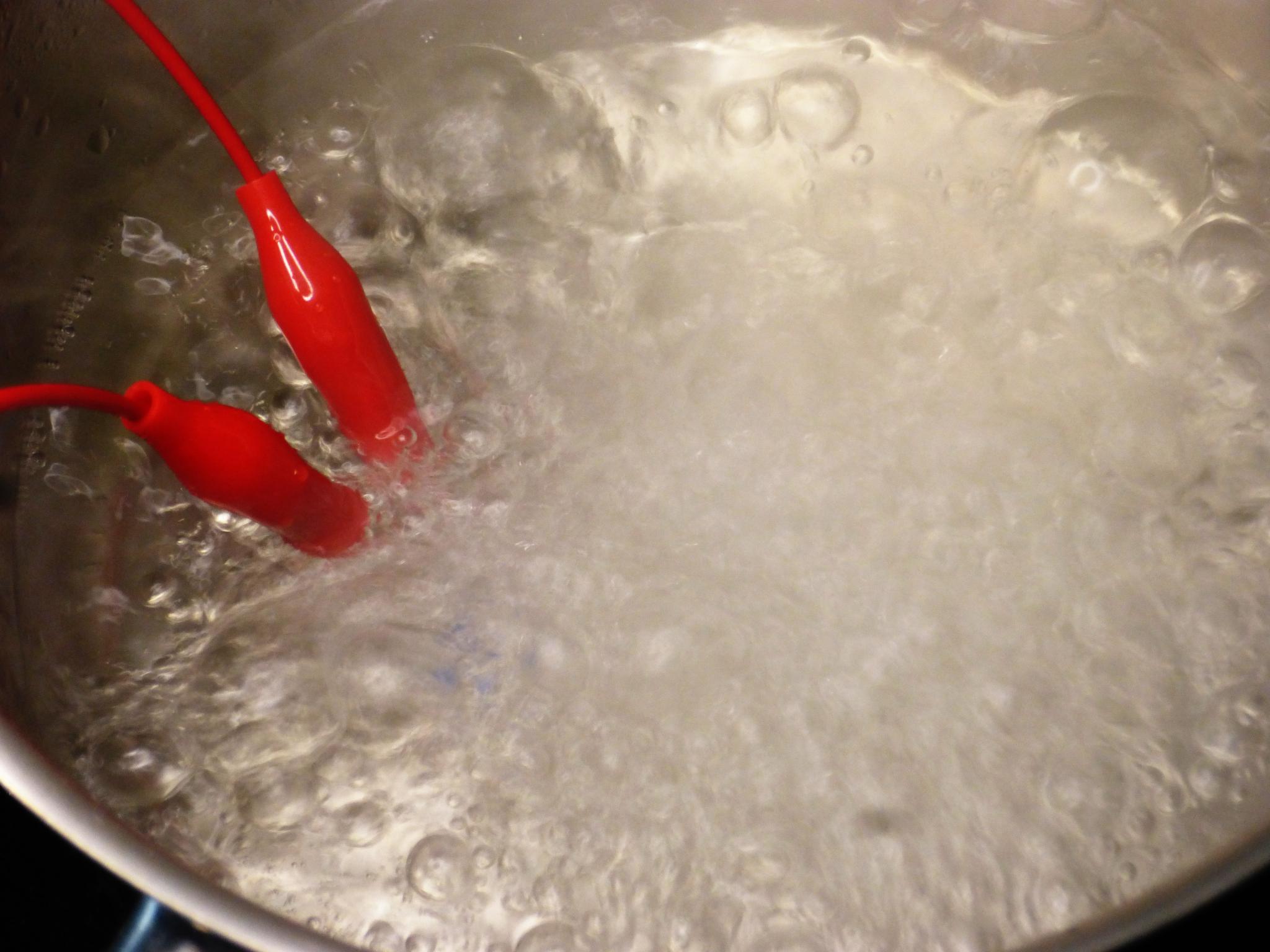 In case of a different center point, we need to use the beta equation to calculate the expected resistance \(R_T\) first. At 25 °C \(R_T\) is simply the nominal resistance of the NTC.